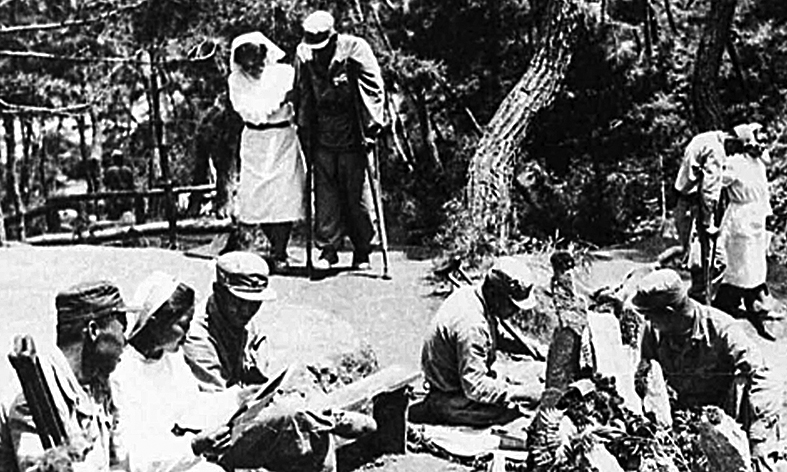 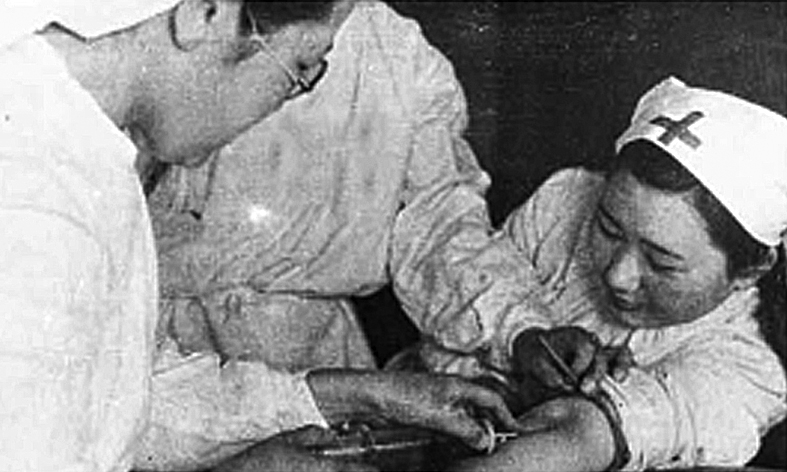 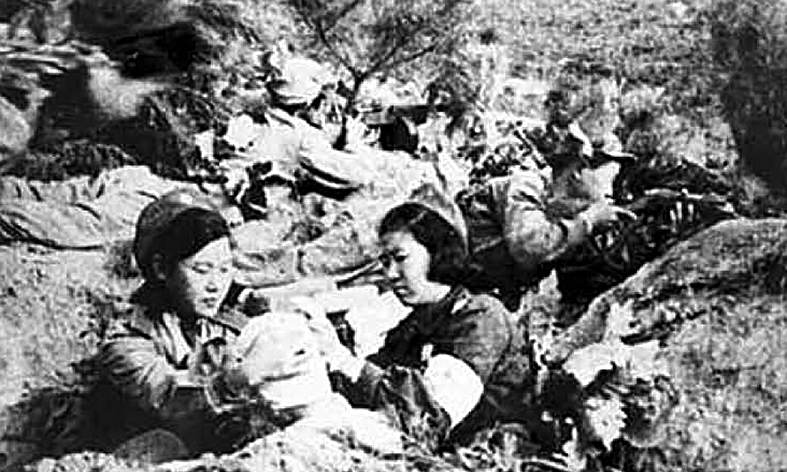 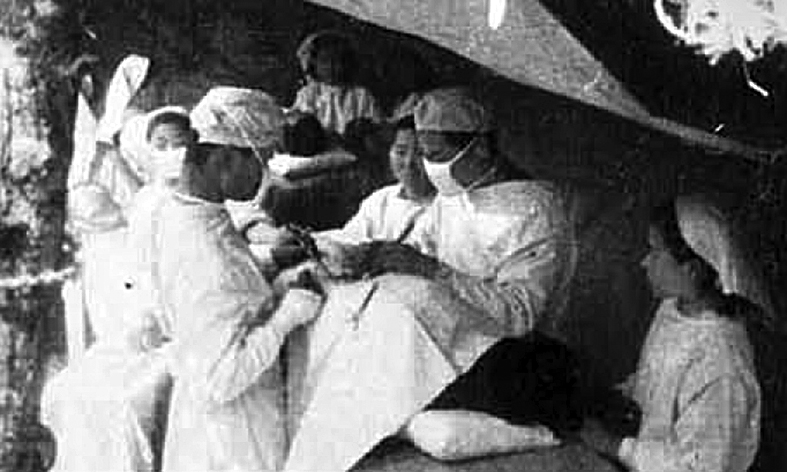 During the Fatherland Liberation War the medics of the Korean People’s Army devoted their blood, patches of their skin and even their lives without hesitation to save their priceless comrades on the front, on the road of the temporary strategic retreat and in the field hospitals, braving manifold hardships and risks.

Combatants could have a rest between battles, but they could not even at deep night or early dawn. With a do-or-die resolution that even if there remained a soldier, there must be a medic near him, they took part in battle and, after the battle was over, treated the wounded and transferred them to hospitals. Even though bombs and bullets hailed down, they did not leave the operating theatres to save their comrades.

In those days a woman official, after visiting a field hospital, wrote:

“Armed women in military uniform hurried treating and carrying wounded soldiers under a hail of fire on the battlefield. They looked like phoenixes. And young nurses were rushing up and down the high, rugged mountains carrying the wounded on their back, and I wonder how they gained such enormous strength. I assume this is because they have been trained amid gunfire during the past three years.”

“It was a snowing evening.

“The thermometer with which I measured a soldier’s temperature read 39 degrees. I thought I must give him an injection immediately. However, distilled water had run out. Having no other way, I decided to build a fire and boil water to make distilled water. A few minutes later, water drops began to form on the lid of the sterilizer I had hung over the fire. … Later, the soldier recovered his health completely and went to the front again. Like this, I have treated about a hundred wounded soldiers in six months of the war. Whenever the wounded soldiers whom I treated have recovered their health and go to the front again, I feel an infinite sense of honour and delight.”

Indeed, the annals of the victorious war is decorated with the feats of the medics of the Korean People’s Army.