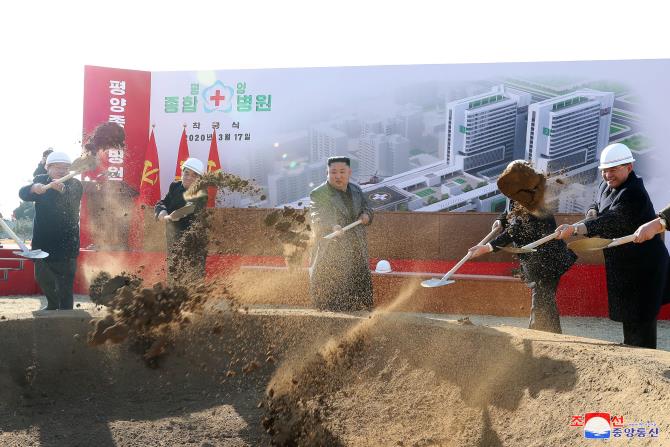 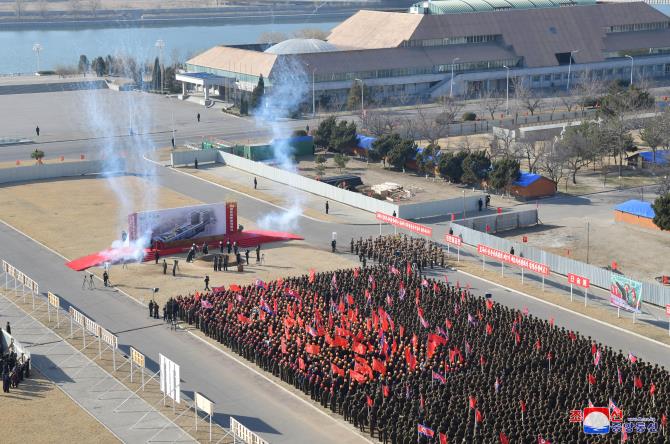 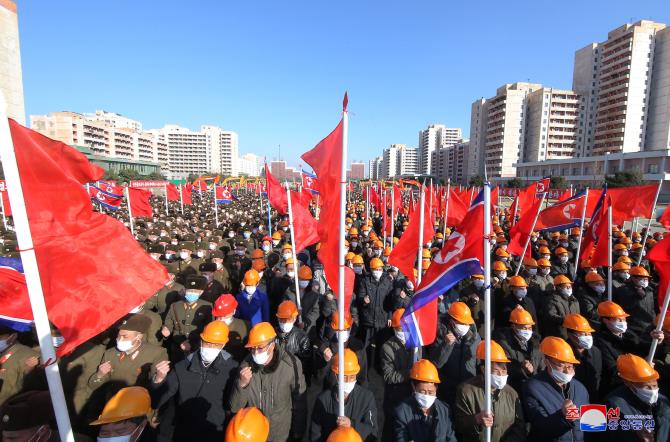 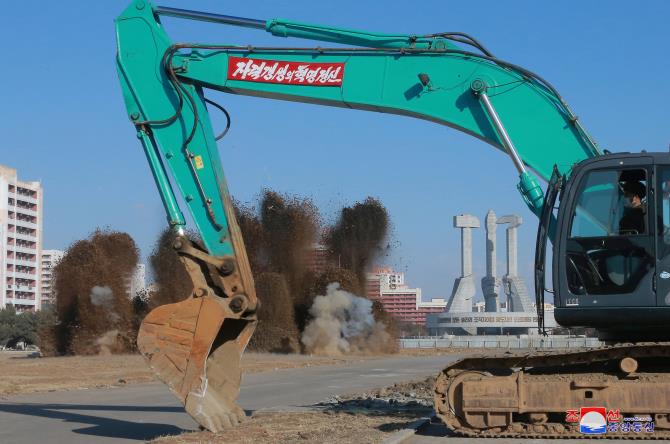 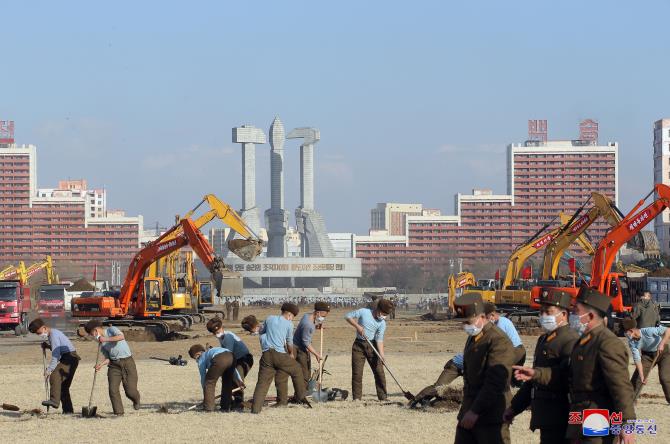 Pyongyang, March 18 (KCNA) — A modern general hospital will be built in Pyongyang, the capital city of the Democratic People’s Republic of Korea, on the occasion of the 75th founding anniversary of the Workers’ Party of Korea (WPK), thanks to the plan and decision of our Party which regards the life and health promotion of the people as one of the most important state affairs.
A ground-breaking ceremony for its construction took place on Tuesday.
Kim Jong Un, chairman of the WPK, chairman of the State Affairs Commission (SAC) of the DPRK and supreme commander of the armed forces of the DPRK, attended the ceremony.
The general hospital to be built at the best place on the picturesque bank of the Taedong River is another gift of loving care which will be presented to our people by the WPK that makes a ceaseless journey of selfless and devoted efforts for our people, the best one in the world.
The venue of the ceremony was pervaded with the enthusiasm of builders for remaining loyal to the intention of the Party Central Committee to give fuller play to the advantages of the Korean-style socialism and ensure the most highly civilized and happiest life for the people by attaining radical development in the public health work.
At the moment when Supreme Leader of the Party, state and armed forces Kim Jong Un arrived at the venue of the ground-breaking ceremony, all the builders raised stormy cheers of hurrah in honor of him who has made tireless efforts with ardent loving care for the people to open a broad avenue of fresh advance of the Korean-style socialism.
Present at the ceremony was Pak Pong Ju, member of the Presidium of the Political Bureau of the WPK Central Committee, vice-chairman of the SAC of the DPRK and vice-chairman of the WPK Central Committee.
Participating in the ceremony were Kim Jae Ryong, member of the Political Bureau of the WPK Central Committee, member of the SAC of the DPRK and premier of the Cabinet, Ri Il Hwan and Pak Thae Song, vice-chairmen of the WPK Central Committee, and leading officers and officials and builders of the army and civil construction units.
Kim Jong Un made an address at the ceremony.
He said that our Party discussed and decided on the task for the construction of a modern general hospital for the promotion of the people’s health in Pyongyang at the 5th Plenary Meeting of the 7th Central Committee of the WPK and has made preparations in every aspect to complete the construction in the shortest time after setting it as a top priority project for this year greeting the 75th founding anniversary of the WPK.
Emphasizing the importance of building the hospital, he said that it is most greatly delightful and courageous for the Party to see the people and the rising generations enjoy advanced medical service to the full and lead a highly civilized life in good health under the care of the socialist public health system.
Our Party set it as a political matter of maintaining and glorifying the image of the Korean-style socialism and as a crucial task to which top-priority state efforts should be directed under whatever conditions and environments to prop up the field of public health, he said.
He continued that it is the intention of the Party to make the spirit of making selfless and devoted efforts for the people run through the today’s offensive for making a breakthrough head-on in the process of the construction and to make the spirit of devotedly implementing the Party’s polices and the construction speed, which would be created during the construction, pervade all fields of the socialist construction. He specified detailed tasks and ways for finishing the construction by the 75th founding anniversary of the Party.
He ardently called for lavishing sweat and enthusiasm on today’s honorable and worthwhile struggle for our dear people to successfully build the hospital for the people to be envied by the world.
When Kim Jong Un finished his speech, the cheers of hurrah again swept the venue in praise of the Supreme Leader who is giving continuity to the sacred history of the people-first principle associated with the noble lives of President Kim Il Sung and Chairman Kim Jong Il in the new century of Juche.
He broke ground first to mark the ground-breaking ceremony for the construction of the Pyongyang General Hospital and personally pressed the button of the blasting machine.
The moment, the exciting sound of explosion resounded, declaring the start of the construction.
The construction site that witnessed the picture of loving care for the people to be recorded in history lively seethed with immense reverence and admiration of all the participants for the Supreme Leader who proposed the construction of the best general hospital for our beloved people, set its site in the center of Pyongyang and took part in the ground-breaking ceremony.
All the builders swiftly went into the construction with enthusiasm to build the hospital as a monumental edifice of the era of the Workers’ Party, a perfect embodiment of our Party’s great view on people, on the occasion of the 75th founding anniversary of the Party and make a report of loyalty. -0-
2020.3.18